Dark Mode
Televised lectures and symposiums – Jordan – Notions(03): Five Facts about the Fiqh of Adversity
In the Name of Allah, The Most Gracious, Most Merciful 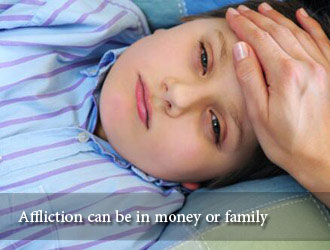 Allah has decreed that the worldly life is built on afflictions, thus one will be afflicted with his religion, money and family. All these afflictions are but tests through which Allah tests his servants in order to distinguish between the good and the evil:

((And that Allah may test (or purify) the believers (from sins) and destroy the disbelievers. ))

The following saying is proved to be true: “Allah the Almighty strengthens His enemies till the people whose faith is weak say: ‘Where is Allah?’ However, later on Allah reveals His Might by granting triumph to the oppressed, so that the atheists say: ‘There is no god but Allah Alone.’”

The believers are afflicted by numerous adversities and afflictions. For instance, the believer and his family may be oppressed and humiliated by the people of falsehood, our enemies and the enemies of the truth, goodness and humanity. Furthermore, the believer won’t find anyone to support him to fight against oppression or even protect him from transgression. Let alone, that he will not be able to defend himself, because he has no powerful means to confront the transgressors and defeat them.

Five facts about the fiqh of adversity:

What is the wisdom behind adversities with which Allah afflicts the believers?!

The first fact: Becoming well-prepared to bear the trust: 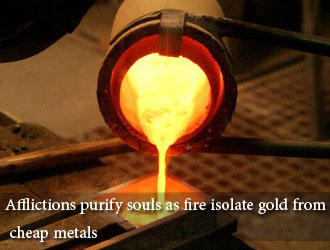 The first fact is that Allah the Almighty never aims at torturing his servants. Also it is far from Him (The Exalted) to afflict his servants just to torture or hurt them, for He (The Exalted, the Most Gracious and The Most Merciful) created mankind in order to have mercy on them and make them rejoice getting acquainted with Him and worshiping Him.

Accordingly, the purpose of afflictions is to make people well-prepared, so that they can bear the major trust and the great responsibility. Bearing the trust can’t be achieved but through suffering, controlling desires, enduring the pain and having the deep belief in Allah’s victory and reward, Although the calamity is severe and longs for a considerable period of time.
Fire isolates gold from cheap metals. Similarly, afflictions purify souls from evilness.

The second fact: Adversity is atonement for sins and wrongdoings: 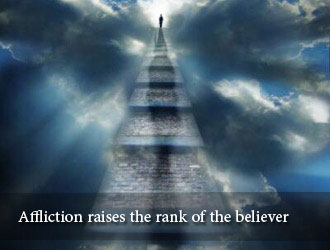 The second fact of the fiqh of adversity is that calamities are atonement for the sins and wrongdoings, and they exalt the person in the sight of Allah. Moreover, they are Allah’s testimony to the afflicted that their faith is strong and that their creed is sound. Allah makes the afflicted subjects of calamities.

Also the Prophet, may Allah have peace and blessings upon him, said:

[Al Hakem in the Mustadrak]

Narrated 'Urwa bin Az-Zubair: I asked Ibn Amr bin Al-As, "Tell me of the worst thing which the pagans did to the Prophet." He said, "While the Prophet was praying in the Hijr of the Ka'ba; 'Uqba bin Abi Mu'ait came and put his garment around the Prophet's neck and throttled him violently. Abu Bakr came and caught him by his shoulder and pushed him away from the Prophet and said, "Do you want to kill a man just because he says, 'My Lord is Allah?' "

It was reported in Sahih Al-Bukhari, that Al-Khabbab bin Al-Art, may Allah be pleased with him, said:

We complained to Allah's Apostle (about our state) while he was leaning against his sheet cloak in the shade of the Ka'ba. We said, "Will you ask Allah to help us? Will you invoke Allah for us?" He said, ((Among those who were before you a (believer) used to be seized and, a pit used to be dug for him and then he used to be placed in it. Then a saw used to be brought and put on his head which would be split into two halves. His flesh might be combed with iron combs and removed from his bones, yet, all that did not cause him to revert from his religion. By Allah! This religion (Islam) will be completed (and triumph) till a rider (traveler) goes from San'a' (the capital of Yemen) to Hadramout fearing nobody except Allah and the wolf lest it should trouble his sheep, but you are impatient.))

This is how the Prophet, may Allah have peace and blessings upon him, was mistreated despite his loftiness and sublime nature in the eyes of the public and those who were close to him. How were the noble companions, mistreated especially the weak ones? You all know how Bilal, Khabbab, Aal Yaser, Suhaib, Ibn Mas’ood and other companions were tortured because they said: “There is no god but Allah Alone.” They set outstanding examples of forbearing hardship as they scarified themselves for the sake of this religion.

The third fact: Adversity is a testing means: 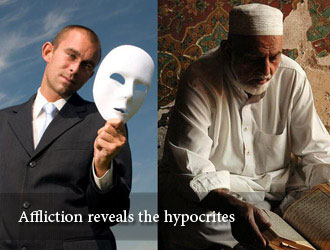 The third fact is that Allah the Almighty tests people at times of hardship. As a result, the hypocrisy of the hypocrites will be revealed and the false nature of liars will be unfolded. Simultaneously, the steadiness of those who stand firm will be apparent and the strong faith of the believers will be crystal-clear. Almighty Allah says:

(( And that Allah may test (or purify) the believers (from sins) and destroy the disbelievers. ))

Ibn Al Qayyem, may Allah have mercy on his soul, said:

“Out of a profound wisdom, Allah the Almighty afflicts the souls and puts them into tests by which He distinguishes the good from the evil and the one who deserve His help and protection from the one who do not. Basically, the soul is benighted and despotic in nature, and once it is filled with evilness, it becomes in need for purification whether in the worldly life or in hellfire. Thus, it is better for the soul to be purified in worldly life. Consequently, it will be admitted in paradise.”

No one is more jealous towards the rightness and its people than Allah…however, trials are Allah’s decree to test the hearts and sift people. Allah says: 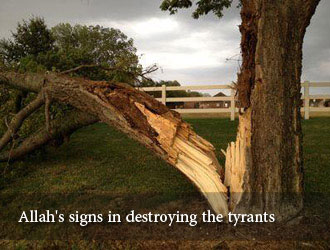 The fourth fact is that Allah the Almighty reveals His Sings to His servants in showing them the ramification of oppression and tyrants, and how the righteous servants of Allah will inherit the land no matter how long the calamity lasts.
Where is Fir’aun who said to his people:

(( O my people! Is not mine the dominion of Egypt, and these rivers flowing underneath me. )) 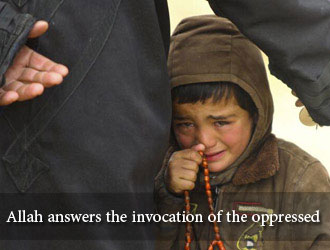 Listen to the following anonymous verses which prove to be true:

It was reported in the Prophetic Sunnah:

((Beware of the supplication of the oppressed, for there is no barrier between it and Allah.))

((There are three persons whose supplications are never rejected: The just leader, the fasting person when he breaks his fast and the oppressed when he supplicates and whose supplication is raised above the clouds and the gates of heaven are opened for it and Allaah will say, “By My Glory! I shall assist you even if it is after a while.”))

The fifth fact: Adversity makes us long to meet Allah:

The fifth fact is that afflictions in the worldly life make you long for meeting Allah the Almighty. No matter what your status is and whatever the conditions under which you live, they can never last forever; things always fluctuate in this worldly life, and they will never be the same for good. Hence, when hardships and misfortunes become sever and the calamity worsens, the believer gets rid of his love for the worldly life, yearns for meeting his Lord and strives for the Hereafter.

O Allah, have mercy on the souls of our martyrs, grant recovery for the injured, release the imprisoned and protect the innocents and the oppressed. 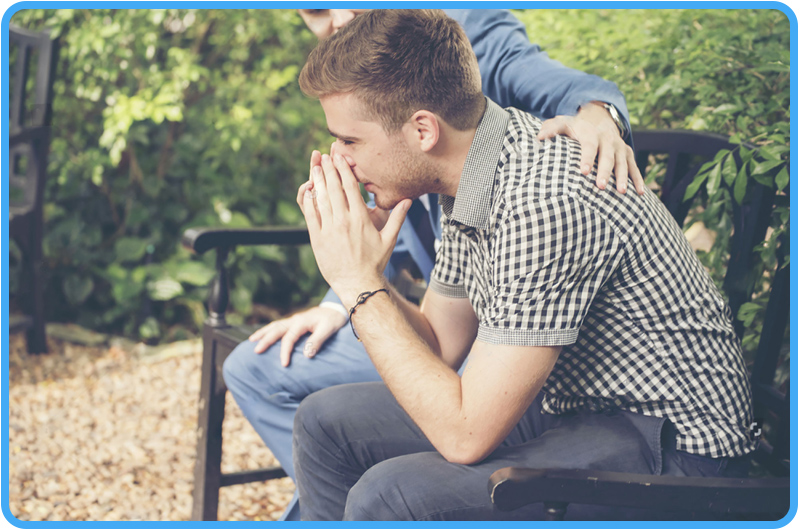 Holding Firmly on the Basics of Religion in Hardships and Crises A Letter to Our Arab and Muslim brothers to Support Syrians